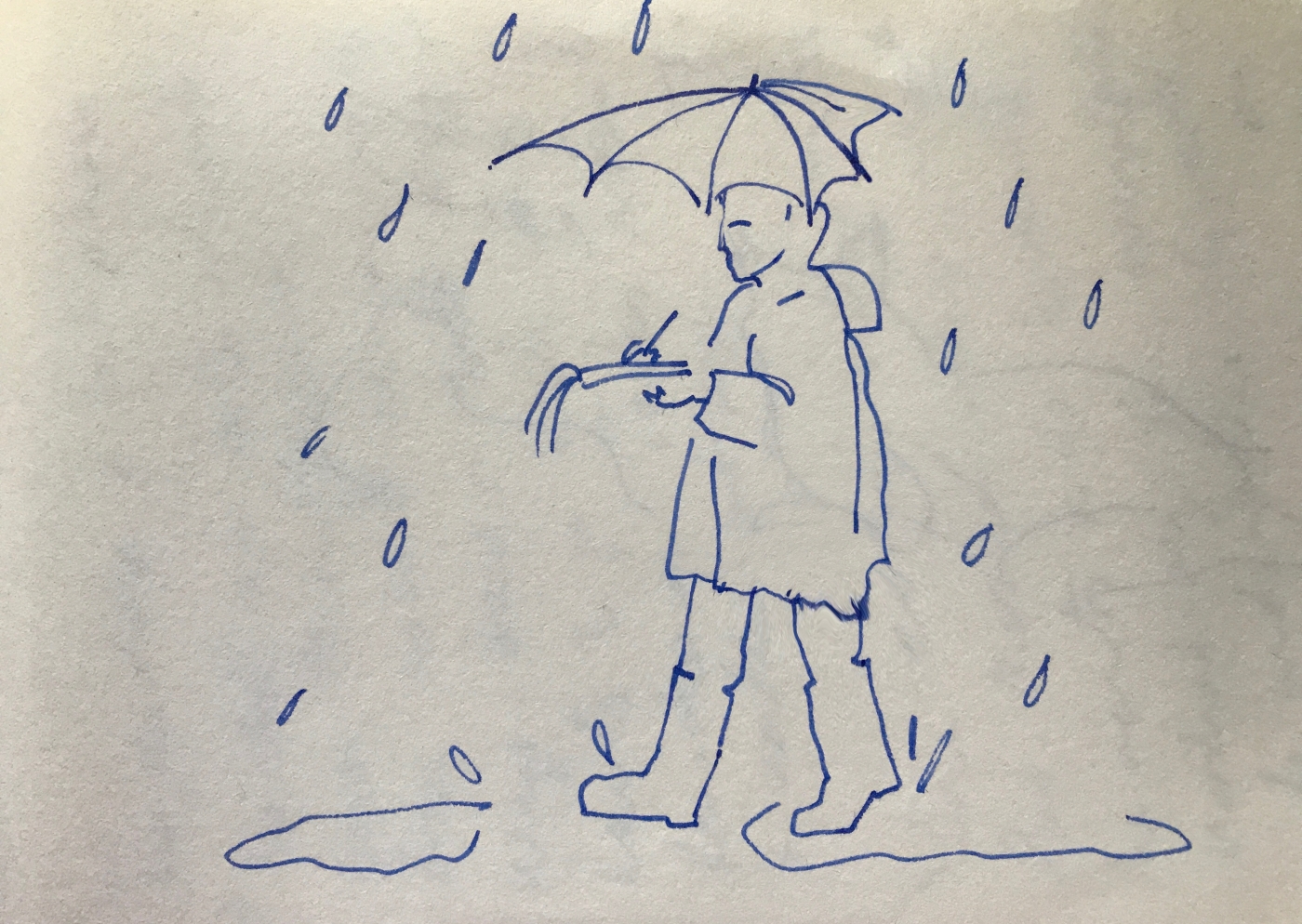 My hand writing is getting worse. But no matter. I am doing more of it.

Just as I came to realise that the bump on the side of the second knuckle of my right middle finger, the biro bump, earned through tedious hours of school essay writing and solipsistic teen-journal keeping, has all but gone, and just as my handwriting has become 30% illegible, I’ve decided I need to hand write, in part at least, my book. Or books – all books to come, perhaps. Oh god, what am I doing?

The reason is that I tried walking and thinking and making notes for a passage I was having trouble with, and found the answer with such ease that I tried the experiment again the next day, starting on the next passage of the book. It has, over three days, shown me an enjoyable way of extending the writing day.

I get sick of computer screens. There is an inherent tetchiness to them and there are so many ways to seek a quick break. And quick breaks, like calories, or unwise, indulgent expenses, add up very fast. To take healthy breaks, rather than just dead, alternate-screen cruises, I first tried going outside, then dancing to something. Both help, a great deal. But walking, anywhere, with a skinny hard-back notebook and a pen, just works better.

My way of writing is to edit as I go, all the time. Waft things around, or fuss over little bits. Throw them out sometimes. I can’t think of anything that would be a greater waste of my time than getting the whole draft down in one go. Because I have NO IDEA what I am doing, no idea where, really, I want to end up. A first draft written without editing would just take away all the best bits – that thinking time, all the puzzling out. I would be wasting time on the crappiest first iteration of an idea that I don’t understand yet. So coming back home and typing up the walking words also gives me that first pass. 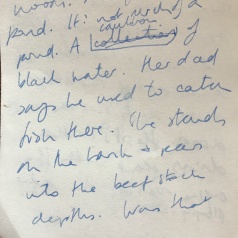 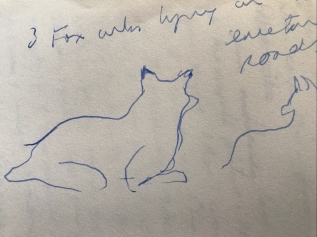 In preparation for this experiment I spent a long, long time making people uneasy, walking around various stationary shops handling note books. I mimed writing, weighed it for discomfort, walked around a bit more. Then bought one, came home and chopped it in half, so it was lighter, as well as what felt like good dimensions. Two for the price of one as well – magic. The writing is big and scraggy, and in three days I’m almost through the first half. But there are neater pages – where I stopped in a cafe for a delicious slice of passion cake with a decent coffee and where I sat on a bench in Woodvale Cemetery. There is also a VERY quick sketch of some fox cubs sunning themselves on the road up to the cemetery. Which beats checking in on Twitter for a change of scene.

I found myself this morning, mentally designing a waterproof box that I can build to go around the notebook and pen for when it rains. Or a massive, peaked umbrella hat. I fully admit that may be getting ahead of myself, and were I to go ahead, may cause at the very least my daughter’s to disown me, but in a trade that can feel littered with obstacles,  it feels good when you find a system that plays well, and runs nicely with what you want to do.

Does anyone else walk and write? 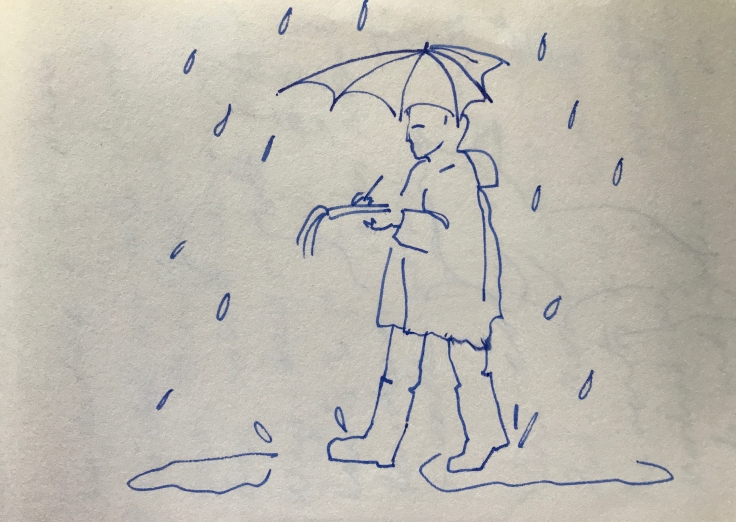